The Swiss stage director Nina Russi has dedicated herself to music theatre and opera as well as interdisciplinary projects. She was distinguished with the Götz-Friedrich-Prize 2019 and semifinalist at the Ring Award 2020 in Graz/Austria. 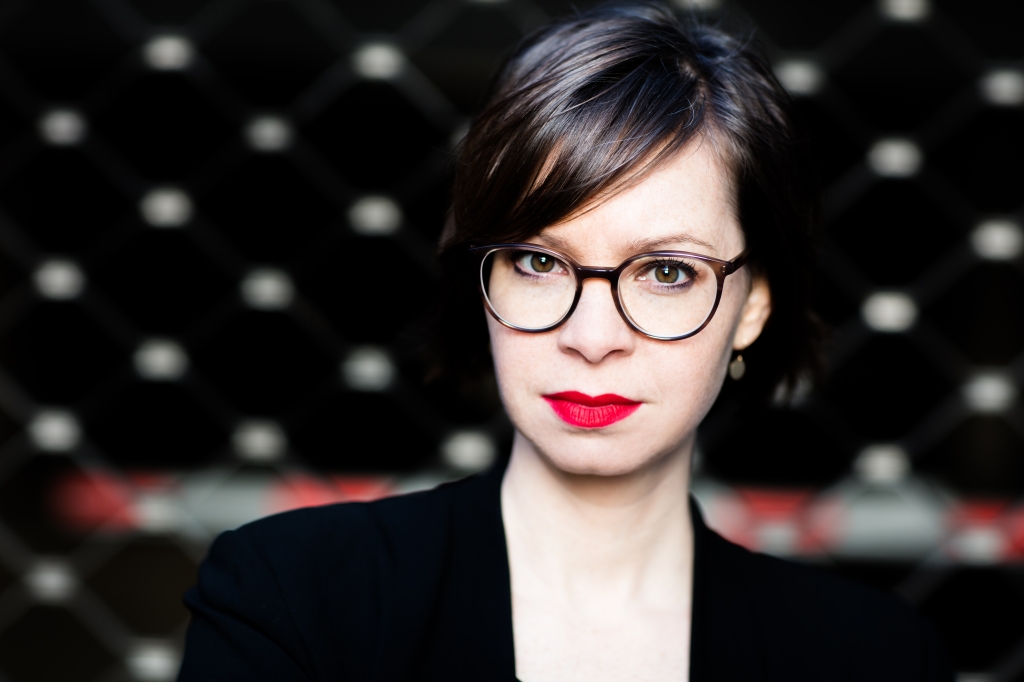 Nina Russi's debut as stage director took place in 2013 at the Zurich Opera with Il faut s'aimer, a scenic collage on Mozart's early work La finta semplice extended with arias and ensembles from belcanto via Britten to Poulenc, on the final evening of the International Opera Studio.
A year later followed the successful staging of the contemporary children's opera Die Gänsemagd by the Berlin composer Iris ter Schiphorst for the opening of the 2014/2015 season on the studio stage of the Zurich Opera. At the Salzburg Festival Nina Russi realised Mendelssohn's Midsummer Night's Dream as well as Mozart's Zauberflöte as a participative project and with the Lucerne Jazz Orchestra she scenically realised the sound story Der Mondmilchstein.

This was followed by directing works at the Theater Winterthur and the Konzert Theater Bern, where she brought the world premiere of the family opera Reise nach Tripiti onto the stage. For the festival «Blickfelder. Arts for a Young Audience» staged Nina Russi Ein Stein im Klee, a participative project in the Schiffbauhalle of the Schauspielhaus Zurich. She also conceived a scenic project for Stravinsky's Petrushka for the Tonhalle Zurich.

In 2016, Nina Russi returned to the Zurich Opera with a production of contemporary opera Gold! by Leonard Evers. A widely acclaimed premiere followed in the season 2017/18 also at the Zurich Opera with the chamber opera Der Traum von Dir by Swiss composer Xavier Dayer after the novel "Letter from an Unknown Woman" by Stefan Zweig. This world premiere marks the beginning of a series of the Zurich Opera with commissioned works by Swiss composers. One of the director's favourite projects is Musik im Rausch, an exceptional concert cycle by violinist Deborah Marchetti, which brings classical music in conjunction with other art forms in unconventional spaces.

For Leonard Bernstein's anniversary year 2018/2019, Nina Russi staged Bernstein's celebrated operas A Quiet Place and Trouble in Tahiti as a double evening at the Theater Aachen. This production was awarded with the Götz-Friedrich-Prize 2019. A semi-staged performance of Bellini's La Sonnambula followed at Zurich Oper. The first Swiss release of the fantasy opera Coraline by British composer Mark-Anthony Turnage took place in November 2019 on the main stage at the Zurich Opera.
In season 2020/2021 she will direct Antonio Vivaldis Pasticcio Bajazet (Il Tamerlano) at Staatstheater Nuremberg and the first release of Elena Kats-Chernin Der herzlose Riese at Philharmonie Luxembourg. In season 2021/2022 she will stage for the first time Verdis Traviata.

Scholarships
Nina Russi has held scholarships in several international theatre programmes: International Summer Arts Program, Watermill, New York, under the artistic direction of Robert Wilson (2008); European Academy of Music & Performing Arts in Montepulciano with Prof. Dr. Michael Hampe (2011); Directors’ Lab at Lincoln Theater Center, New York (2012); International Forum at the Berliner Theatertreffen (2014); Scholarship holder of the Bayreuth Festival through the Swiss Richard Wagner Society (2016). The Residency for a stage director of the enoa Institution (European Network of Opera Academies) brought her to the Teatr Wielki Warsaw (Polish National Opera), under the artistic direction of Mariusz Trelinski, as well as to the Festival D'Aix-en-Provence, where Bernard Foccroulle was her mentor (2018). In summer 2019 she participated in the Woman Opera Makers Workshop at Festival d’Aix-en-Provence, led by British director Katie Mitchell.

Prizes and competitions
Nina Russi was with her Don Giovanni concept semifinalist at the RING AWARD 20 in Graz/ Styria. Furthermore she was awarded with the Götz-Friedrich-Prize 2019 hosted by the German Opera Conference. In 2018 she received a grant for the creation of theatre works from the Aargauer Kuratorium (Switzerland).

Further collaborations with the directors Peter Mussbach, Sebastian Baumgarten, Laurent Pelly and Marco Arturo Marelli took her to the international opera houses in Dresden, Berlin, Hamburg and Vienna. Alongside the Oscar winner Maximilian Schell, she supervised the operetta Wiener Blut at the Seefestspiele Mörbisch, Austria.

Nina Russi herself was on stage as a performer in various opera and musical productions, for example in Helmut Baumann's Victor/Victoria at the Theater Bremen, David Pountney's Ballo in Maschera and as young Norma in the legendary Norma by Robert Wilson at the Zurich Opera. 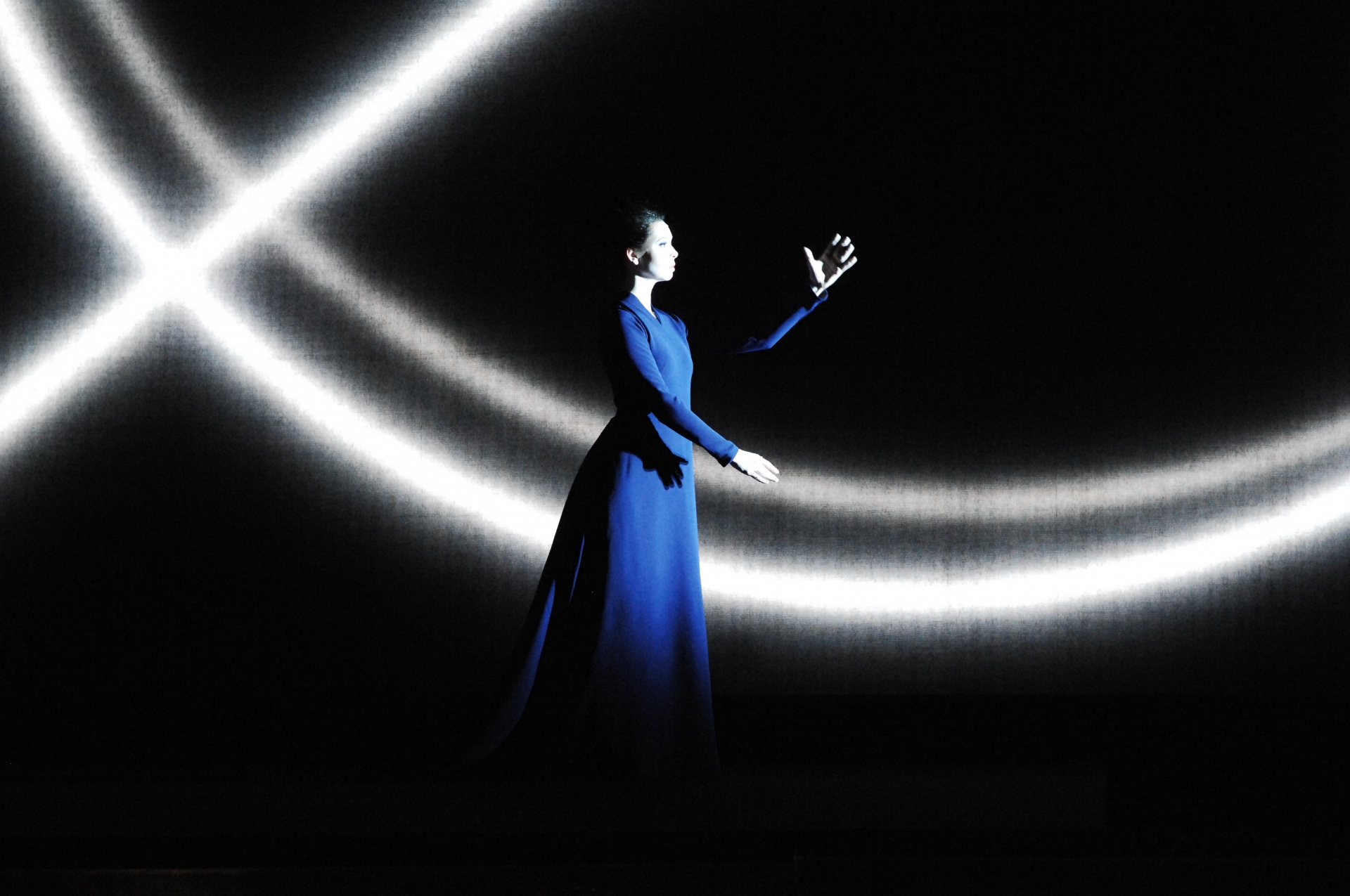